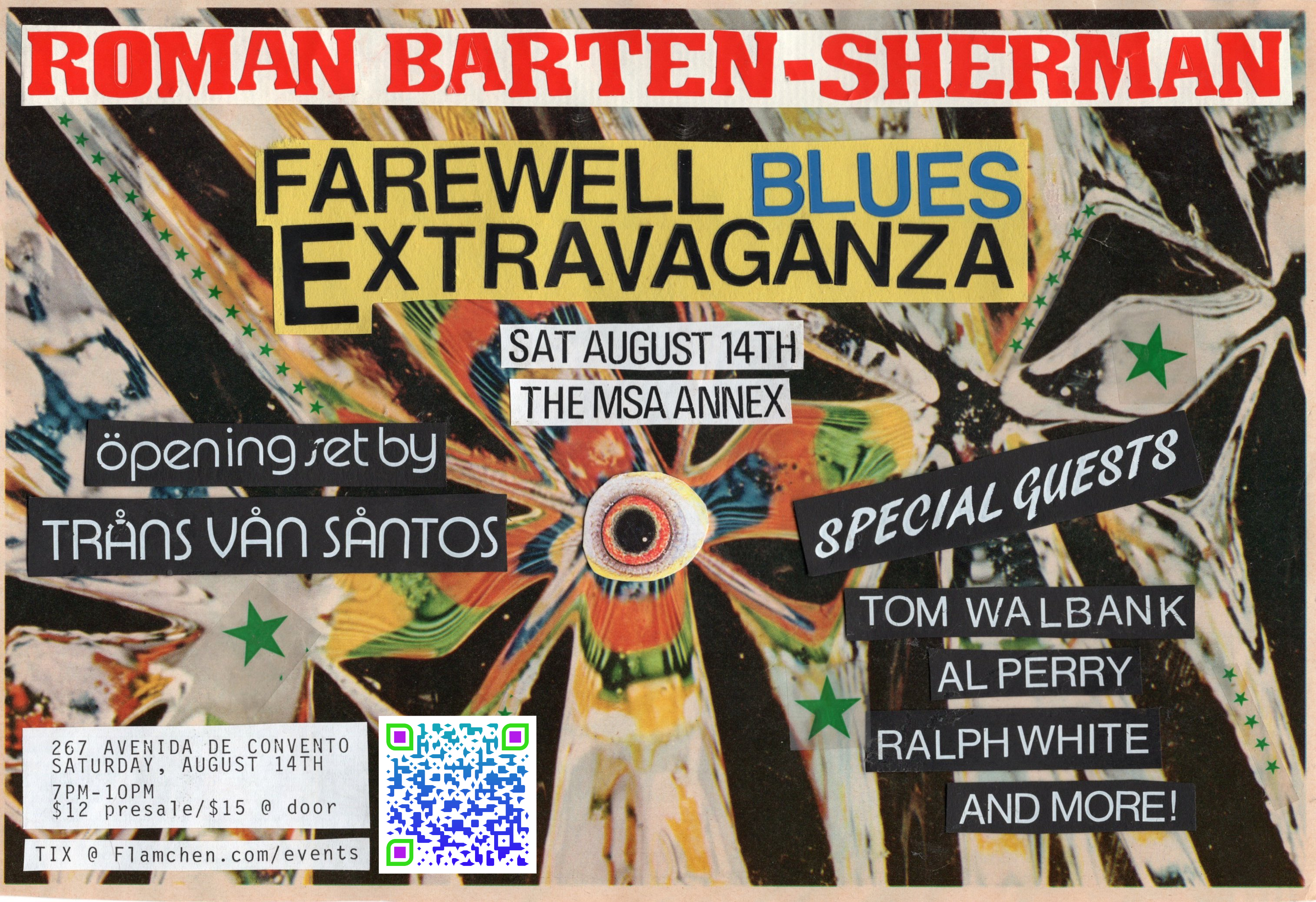 Roman Barten-Sherman has been playing and singing the blues in Tucson since the age of four. His captivating take on acoustic blues draws on the intricate guitar stylings of Blind Blake and Reverend Gary Davis, the incomparable slide-guitar of Mississippi Fred McDowell and the American Primitivism of John Fahey. Roman has studied with blues elders including Honeyboy Edwards, Robert Belfour, Jimmy “Duck” Holmes, Kenny Brown, and Corey Harris.

His commitment to the form has convinced bluesman Guy Davis that, “Roman is one of the people who will make sure that blues music stays alive, in the eyes and ears of his generation, and beyond.” Greil Marcus, America’s most respected music journalist, commented on his personal blog that Roman “took me right back to John Fahey’s deep-thinking tone.” He is unquestionably the most exciting young guitarist to emerge from Tucson since Connor “Catfish” Gallagher began wowing local audiences as a teenager over a decade ago.

Roman is heading off to Tufts University in Somerville, Massachusetts at the end of the summer, where he will study music, diligently do his homework, and continue to pay his dues. Come out and wish Roman Barten-Sherman a warm farewell on Saturday, August 14th. Tom Walbank, Al Perry, and Ralph White will all make guest appearances with Roman; while the veteran journeyman Trans Van Santos, recently returned to American soil, will open the concert with a solo set of handmade folk music.