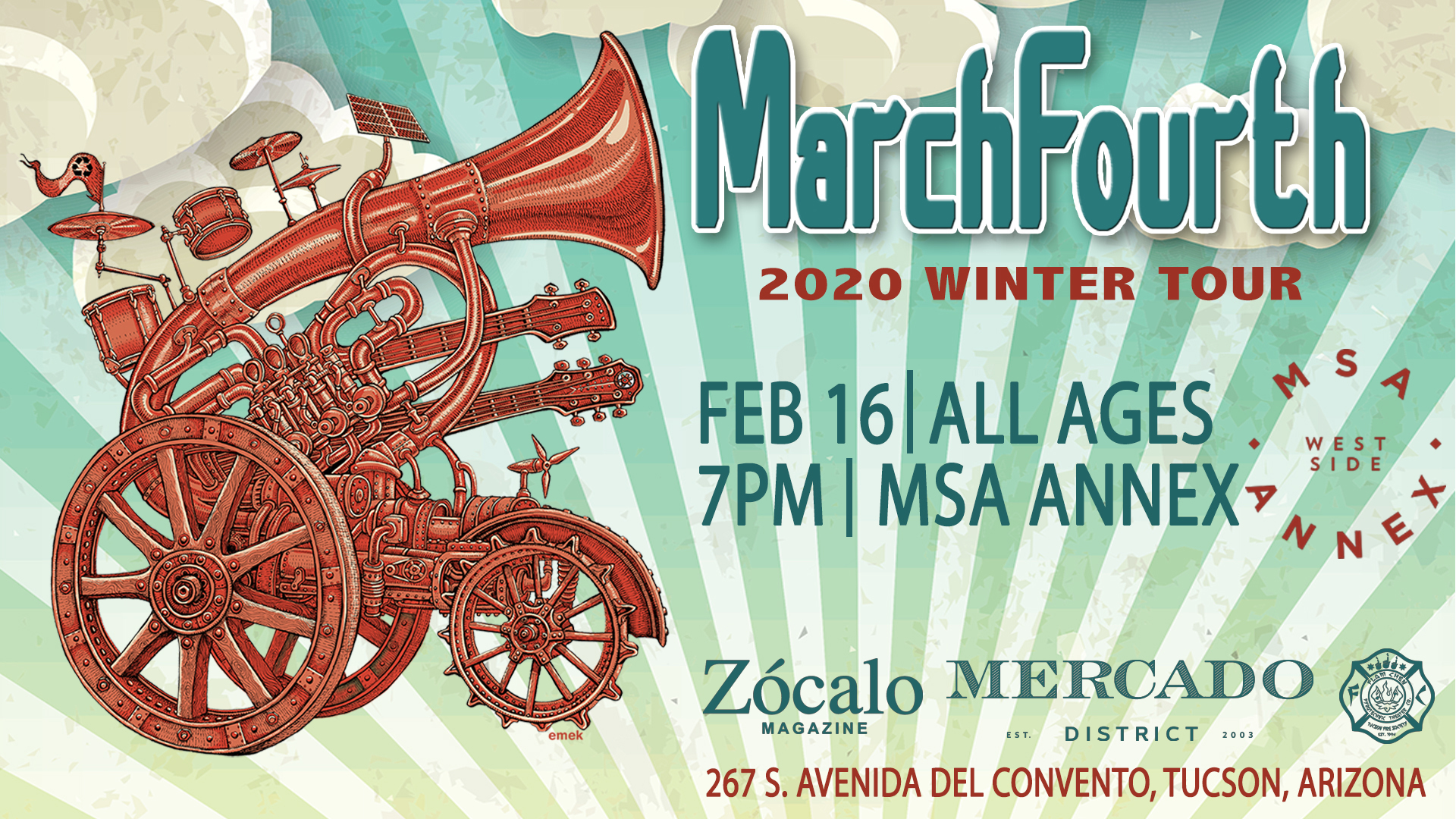 Experience the Winter 2020 tour of MarchFourth as they return to Tucson and the MSA Annex.

Tickets are $15 in advance, and $20 at the door. Tickets are available for purchase here: https://marchfourthatmsaannex.bpt.me

MarchFourth is a joy-inducing force of entertainment. The colorful explosion of brassy funk, rock, and jazz is all about the groove. This larger-than-life group of musicians and acrobats tours the country year-round, bringing a spirit of celebration wherever they go. MarchFourth is, in a word, FUN!

“Perfectly merging the artistic spirit of Portland with the musical spectacle of New Orleans, MarchFourth put on one of the most complete shows of any band on any stage. From rocking big band jam tunes, choreography and feats of strength that need to be seen to be believed, MarchFourth entertains on every level every second they are on the stage…or off!” ~Live for Live Music

“From the first note to the last, the sound was pumping and the fun never stopped… It’s worth noting that there are serious musicians behind all the fun. It’s obvious these guys (and gals) have had lots of training and formal practice. Talented band geeks turned rebels.”  ~USAToday