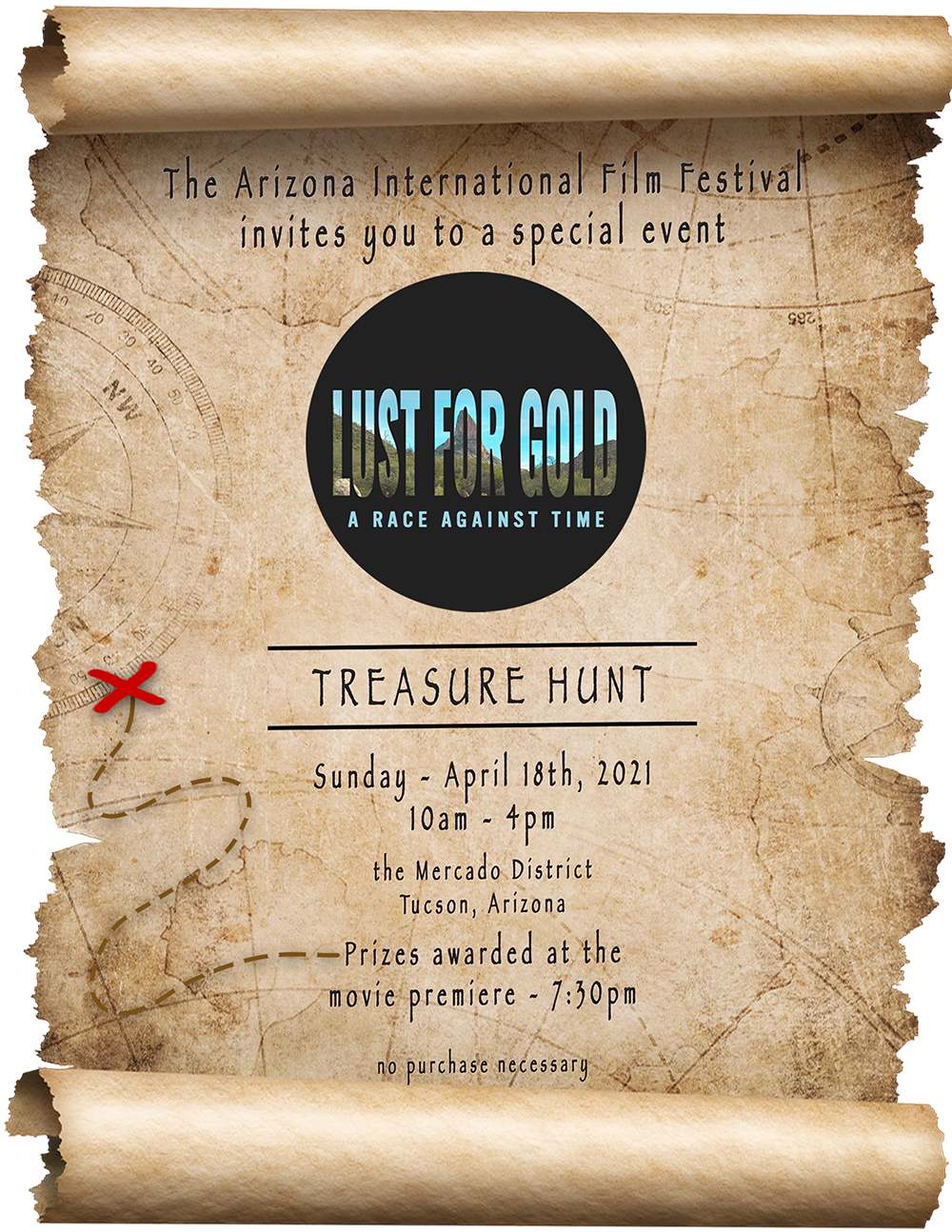 Presented in Conjunction with The Arizona International Film Festival

THE MOVIE – Lust for Gold: A Race Against Time

Premieres Sunday, April 18th, 7:30 PM at the Festival Grounds in the Mercado Annex

Buy Tickets  |  More About the Film

Lust for Gold, at its core, is about outdoor adventure and the thrill of the hunt. The Lust for Gold Treasure Hunt brings that excitement to Tucson’s Mercado District and puts participants face-to-face with its merchants for an afternoon full of creativity and exploration, and the chance to win one of three grand prizes. And just like in the movie, technology meets the hunt for treasure—but without the unforgiving terrain. All participants need is a cell phone and a sense of adventure—no purchase necessary, and the hunt grounds are entirely walkable.

Local COVID restrictions and protocols will be in effect!

The hunt will be hosted on the Eventzee app (Apple Store and Google Play). Participants will register by downloading the app, creating an account, and entering the event code. Once the hunt begins, they will solve various in-app clues and challenges (GPS/QR code, photo, quizzes, and more) to score points.

Prizes will be awarded to the top three participants or teams—prizewinners will be announced at the start of the 7:30 PM Lust for Gold: A Race Against Time premiere at the Festival Grounds in the Mercado Annex.